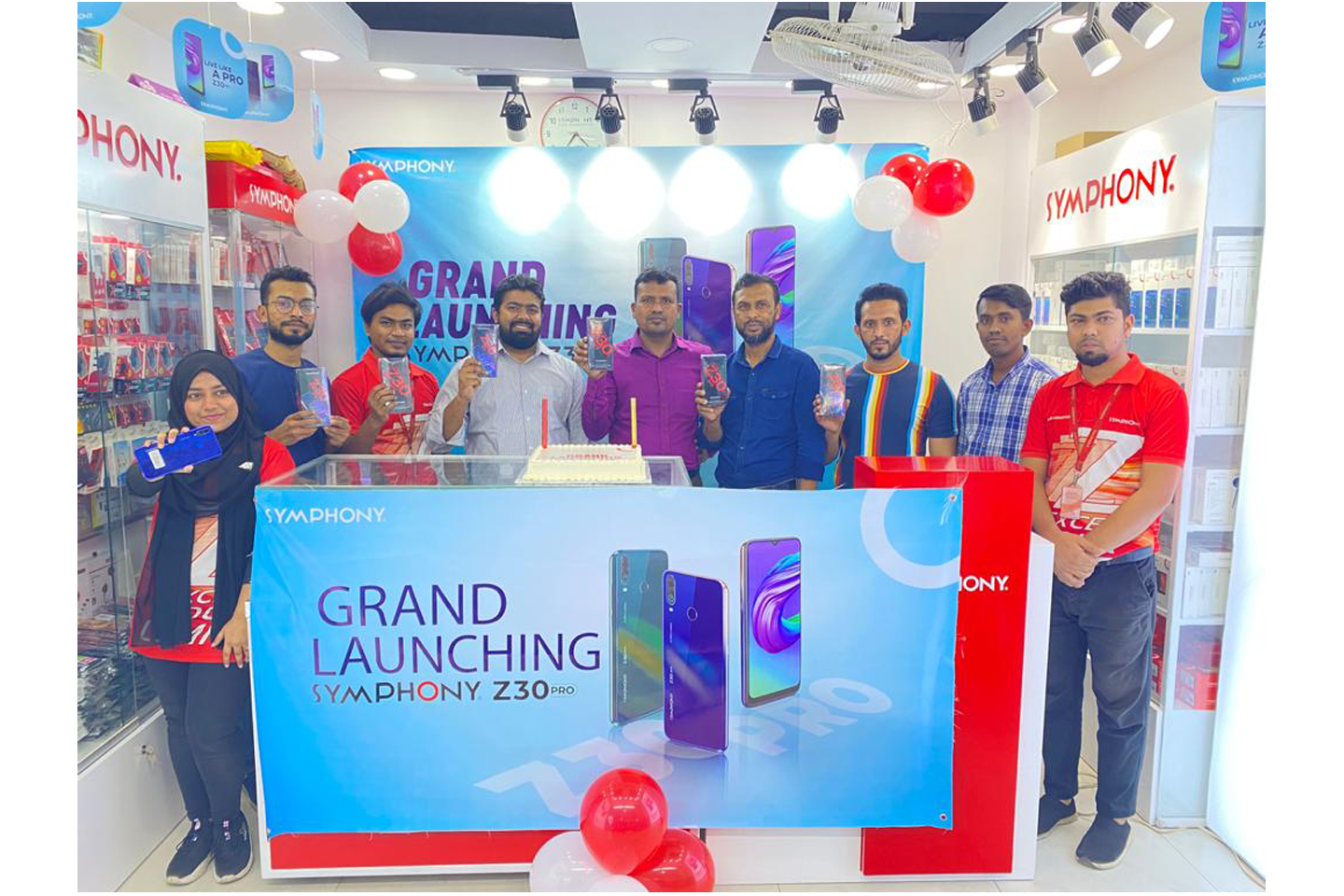 Symphony, the best-selling mobile phone brand in Bangladesh, has launched Symphony Z30 Pro, a new smartphone which is 4GB RAM and 64GB ROM with a 5,000 mAh big battery.

The Powerful and Power Efficient Octa-core 1.8GHz) MediaTek Helio A25 comes with 4 GB DDR4 RAM and 64 GB ROM which is expandable up to 128 GB via memory card. As a GPU, there is IMG Power VR GE8320 with a speed of 600 MHz, which ensures a flawless and interruption-free gaming experience for memory-intensive heavy games like PUBG. And the (massive) 5000mAh non-removable Li-Polymer battery guarantees a daylong usage without worrying about running out of charge.

There are three (Rear Mounted) cameras for taking stunning pictures. The 13-megapixel primary camera is supported by a 2-megapixel depth sensor and a 5-megapixel ultra-wide-angle and the front has an 8-megapixel selfie camera.

Also, some notable features include “Parental Lock and Google Assistance Button.” With the Parental Lock, a parent will be able to control the phone with his/her other phone even if he/she gives it to his/her child. You can also see what the child is doing sitting on the mobile. Also, specify the time of any software. With the Google Assistance button, anyone can open in one press with the second Google Search! Also, set an appointment with voice command auto app open, map search, or alarm.

This flagship phone of Symphony is available in Persian Blue, Indigo Blue, and Amazon Green colors for just taka 10,890 BDT with an attractive data bundle offer of Robi & Banglalink.